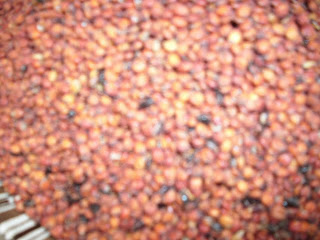 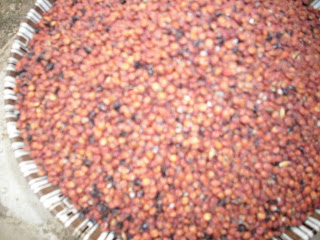 Sorghum, which we call locally as “guinea-corn”,is historically reputed to be among the world’s grain crops, ranking fourth in importance after wheat, rice and maize.Sorghum, also known locally in Lagos Area as “oka-baba” is scientifically called “Sorghum bicolor, Family Gramineae”.

Sorghum is available in most Lagos Area urban retail markets where grains are sold.These markets include the “Ikotun Market”, the “Ejigbo Market”, and the “Mushin Market”. However, the number of residents that patronize sorghum in Lagos Area is not relatively large. The reason is cultural.Sorghum is a dry area cereal, an edaphic situation found in the northern part of the country.Therefore, not all the ethnic populations of Lagos Area consume sorghum.Human consumption is normally in the form of food like “ogi”- i.e. local custard, porridge or cake.Some are used for formenting to local beer, popularly called “burukutu”. This local beer originates from the northern part of the country, where sorghum is vastly cultivated.In Lagos Metropolitan Area , there is an area called “Idi-Araba”, which is predominantly populated by people from the north. In this area, brewing and drinking “burukutu” is a thriving business.Other sorghum-based diets are consumed with relish at “Idi-Araba”.

Also, some residents of the state, who are of south-western Nigerian extraction, and call sorghum by the name “oka-baba”, use sorghum seeds to brew and drink what is called “oti-baba”, meaning sorghum-beer.

Sorghum is an annual or perennial grass with stout culms-i.e. monocotyledonous stems.Culturally, the culms of some self-sown (perennial) plants of sorghum are used to make flutes in the northern part of Nigeria.

The dietetic value of sorghum is reportedly poor, though it is a very important dry area cereal.Sorghum is known to be conspicuously deficient in minerals except phosphorus and magnesium.It is reported that in threshed and polished sorghum grains, vitamins A and B and protein are depleted.Nonetheless, sorghum serves as poultry and cattle-feed. Large, modern breweries in Lagos Metropolitan Area use sorghum as part of their local contents in beer-making. Some of our modern, state-of- the –art flour mills mill them, too.