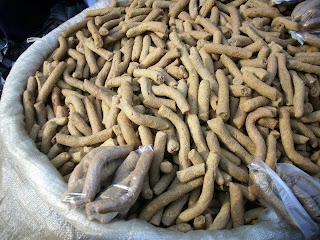 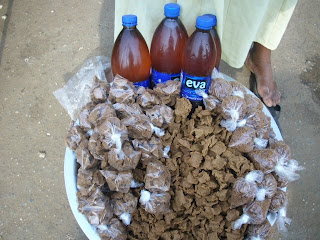 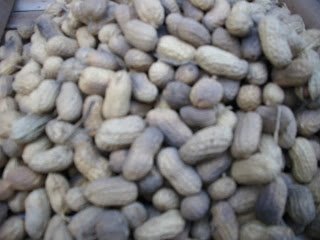 A very important agricultural product found in Lagos Metropolitan Area markets and, indeed, along the streets being hawked by street-traders, is the ground-nut (or the peanut). Humans and livestock derive benefits from this wonderful gift of nature.

The scientific name of groundnut ( or peanut ) is “ Arachis hypogaea”. It derives its name
“groundnut” from its special peculiarity: the flowers of the groundnut plant are borne on spikes in the axils of the leaves. The ovary is at the base of this structure termed “peg”. On fertilization, it becomes meristematic and positively geotropic, extending and pressing itself into the soil. At about 2-7 cm deep in the ground, it loses its geotropism to turn sideways; then the ovary grows and swells into a fruit lying horizontally in the soil- the groundnut!

Though wherever the groundnut is grown it is primarily for its seeds, the fruit’s husk is also fed to cattle, goats and rams. The husk, withered leaves and stems are very valuable to livestock during the dry and harmattan seasons when the grasses dry out.

Groundnut cultivation requires warm to hot conditions and a well distributed rainfall during the growing season. These climatic conditions are found in both the northern and southern parts of Nigeria. Furthermore, scientific preservation of harvests in silos have helped in the continuous availability of this annual leguminous product in our markets in Lagos.

Groundnut cultivation has encouraged the set-up of diverse economic activities. A large percentage of the groundnut harvest is crushed industrially for oil used in cooking, making margarine, shortening and soap. Groundnut cake left after the expression of the oil is used as food by humans and also, it is added to livestock feeds as valuable protein content. The groundnut cake also has industrial applications – e.g. it enters into the preparation of a glue for bonding plywood.

Finally, roasted groundnut is eaten with roasted plantain as mid-day and evening snacks. The chaotic traffic situation in our metropolis keep many residents away from home from morning till dusk during week-days. Hence, the availability of ad-hoc meals like fried or boiled groundnuts is a very pleasant relief to itinerant residents of Lagos metropolis.

A---- Groundnut cake and bottled groundnut oil for cooking (on sale at an urban market in Lagos)
B. Groundnuts [peanuts] on sale at a Lagos sub-urban market.