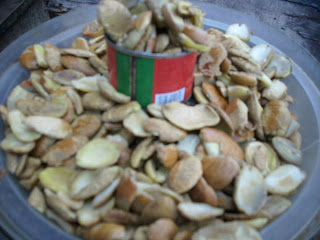 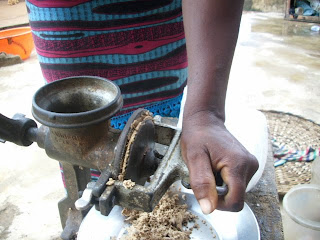 There is a large tree that flourishes in evergreen dense forests of West Africa. This tree is called “Oro” in southwest Nigeria, the homeland of the Yoruba-speaking people of Nigeria. It reaches up to 35m in height and carries a dense compact crown. The “Oro” tree is also known as the bush mango or the native or African mango.

This tree has a very hard wood which is very heavy and durable; but its weight is said to preclude it from all but the most rugged construction activities. It is resistant to termite attack and is used for crafts-work like traditional canoe-building, house-building and making of pestles for yam-mortars. It is also suitable for planking and ship-building.

Joyfully, an important part of the tree to an ordinary man in the street is the fruit! The fruit is a drupe, resembling a mango, with a fibrous pulp surrounding the hard-shelled nut. The pulp is traditionally used in rural Lagos to prepare a black dye for cloth. The kernel is an important source of vegetable oil, too.

When in season, the fallen fruits are collected in the forest and stacked till the pulp has rotted away. The nuts are opened and the cotyledons are removed and dried. The cotyledons are locally known as “aapon” by the Yoruba’s while the Igbo-speaking people call it “Ogbonna”. They are a popular agricultural product commonly found in our urban markets in Lagos Metropolitan Area. They are used in soup-making and as a food flavoring material.

The soups prepared with “aapon” cotyledons are delicious and tasty. Pepper, smoked or dried fish, some meat and local spices are commonly used in its preparation. The fresh or stored cotyledons are grinded into a paste and then made into soups.

Culturally, the split shells of the fruit are used in divination – if one falls convex side up and the other in reverse, the omens are good! Interestingly, too, there is an area in Lagos Mainland called “Idi-Oro” – i.e. under the “Oro” tree. The area is reputed to be home to a large “Oro” tree very many years ago. Today, the area is occupied by a very boisterous market!