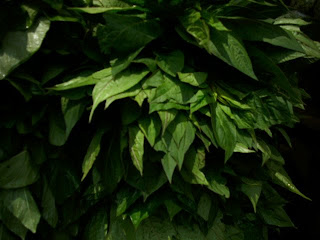 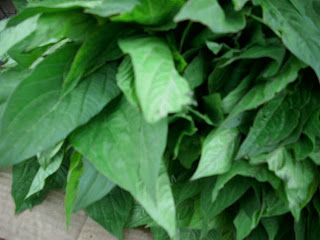 By S. Olanrewaju Disu
The "Lagos Spinach" is a very popular vegetable in Lagos Metropolitan area markets. It is commonly sold in our markets all year round. A perenial herb, this vegetable makes an excellent pot-herb and a good, slightly bitter spinach relatively rich in protein and vitamins. The leaves are slightly diuretic. While being cooked, its slight bitterness is counteracted by the addition of ground melon and condiments:these enhance the taste of the soup tremendously.
The "Lagos Spinach" is botanically called "Celosia argentia, Family Amaranthaceae". In Lagos State , the vegetable is extremely popular among the Yoruba speaking populace. The Yoruba's call it "sokoyokoto". to emphasize the esteem in which the vegetable-plant is held by the Yoruba's the name 'Sokoyokoto" means "make husband fat"
During the dry season, this vegetable is scarce and costly. Farmers and gardners who engage in dry season farming make brisk business selling "Lagos Spinach" during theis time. During the rainy season, however, the vegetable is very plentiful and sells cheaply . The markets are always overflowing with it.